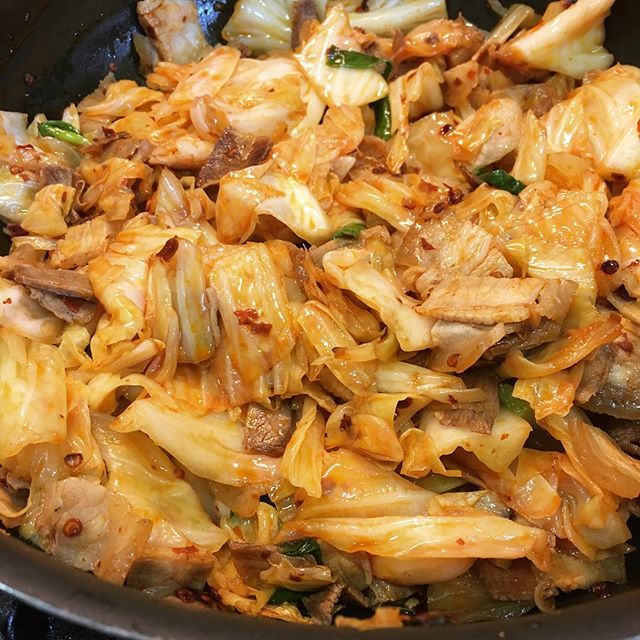 An ABC, if you’re not familiar with the term in this context, is an American-Born Chinese. I’m what you might call a Lapsed and Guiltily Trying to Atone ABC, something many of my peers will immediately understand. One of the areas I’m trying to improve is my cooking – I grew up eating mostly frozen food (hence the love for Pizza Rolls) and cream cheese sandwiches with my dad, so though he did cook a few dishes, I didn’t really learn how to cook much of anything until I was in grad school.

This particular dish, a spin on the famous Sichuan double-cooked pork (回锅肉), was taught to me by my mother last year. She is not an ABC, but between being a simplified recipe, using relatively easily-sourced ingredients, and us being Shamghainese and not Sichuanese, I think it’s fair to call this an ABC take on double-cooked pork. Lao Gan Ma is a famous and pretty common brand of sauces – I’ve seen this fried chili in oil in regular old American supermarkets and on Amazon, although of course it’s cheapest at Asian supermarkets. I’m not sure what substitutes would be beyond making your own fried chili oil, but I assume there are some. I also use Taiwanese cabbage because it still has a little bit of crunch after being cooked down, but you can use regular cabbage, it will just lack some of that all-important textural contrast. It’s more traditional to use leeks or garlic greens along with some fermented sauces, so you can sub those in or also add them if you want – the cabbage and LGM fried chili oil is far easier to source and prep, though. I’m fortunate to live in a city with two Chinese supermarkets (Asian Food Market and 99 Ranch), but I still prefer to cook simply where I can. You may want to halve the recipe by prepping the pork belly up to the point of slicing it thinly and store half of it to cook later with the other half of the head of cabbage – the full recipe is unlikely to fit in most household pots. 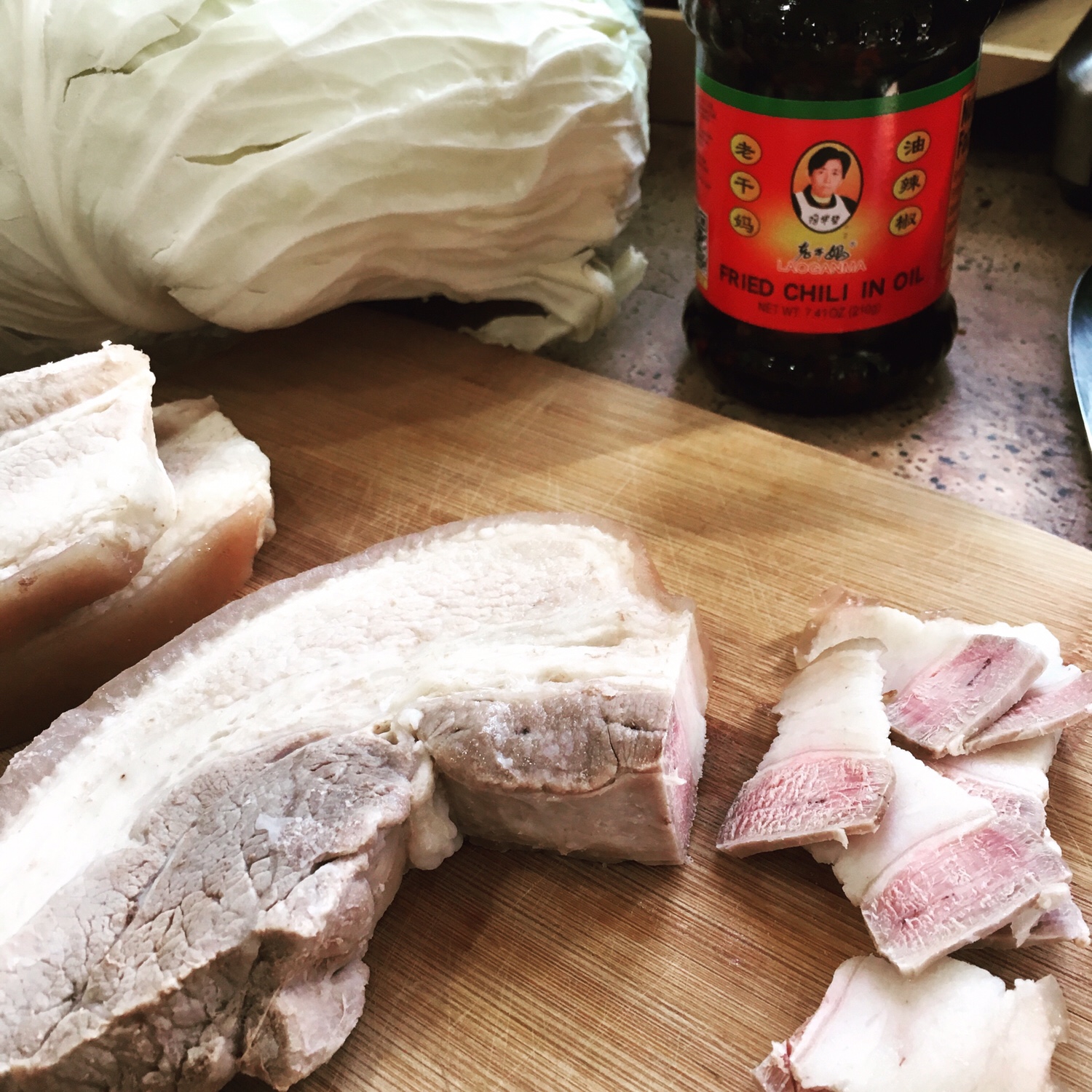