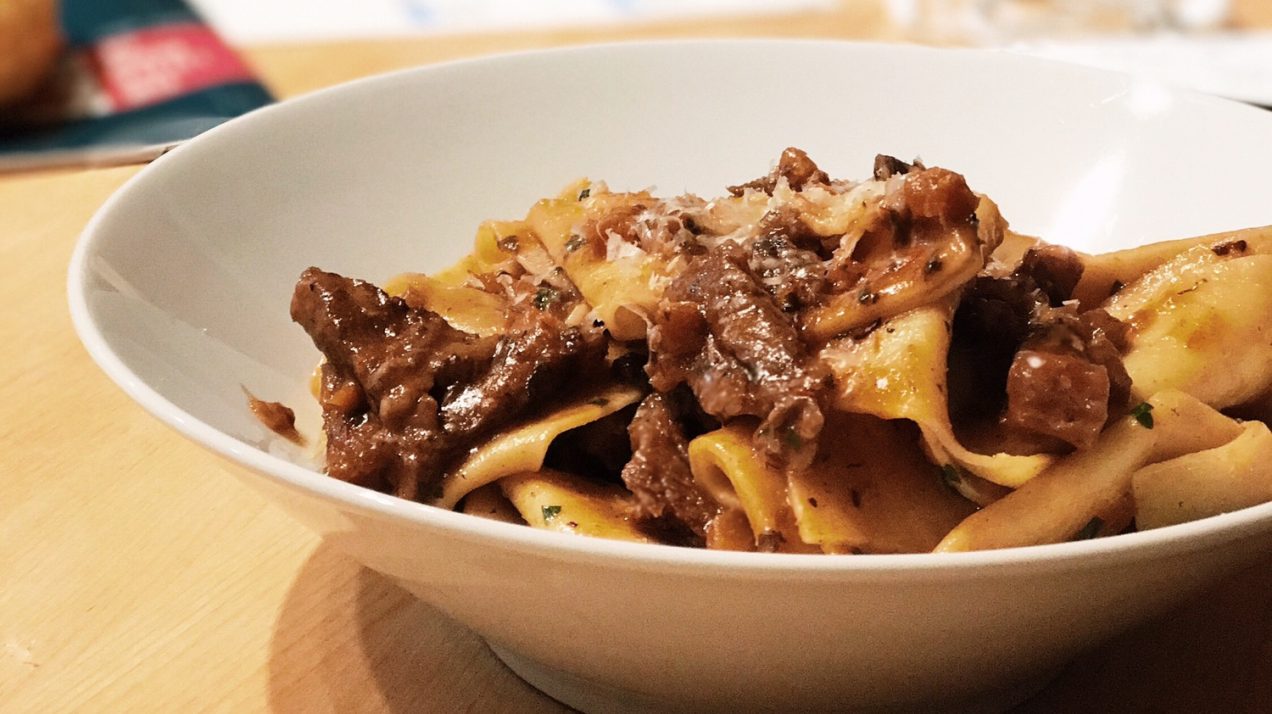 I've wanted to try The Food Lab's pressure cooker ragù bolognese for a long time, but also wanted to have pasta with the short ribs that have been hanging out in our freezer. I made a couple of adjustments and it worked really well, so here's the modified recipe! Some notes from my own process: