I feel pretty corny posting this but since I found other people’s posts about what they got in mystery boxes from Julep to be helpful, I’ll post one in return. This is about nail polish, so if that’s not your jam, you should probably pass.

These are the 10 polishes I got in the $20 grab bag. I was a little wary of doing it after seeing lackluster sets from past grab bags, but I’m glad I went for it. There are two dupes here and one that I’m probably not going to wear, so I’ll give them away to friends. Here’s what we’ve got, from left to right: 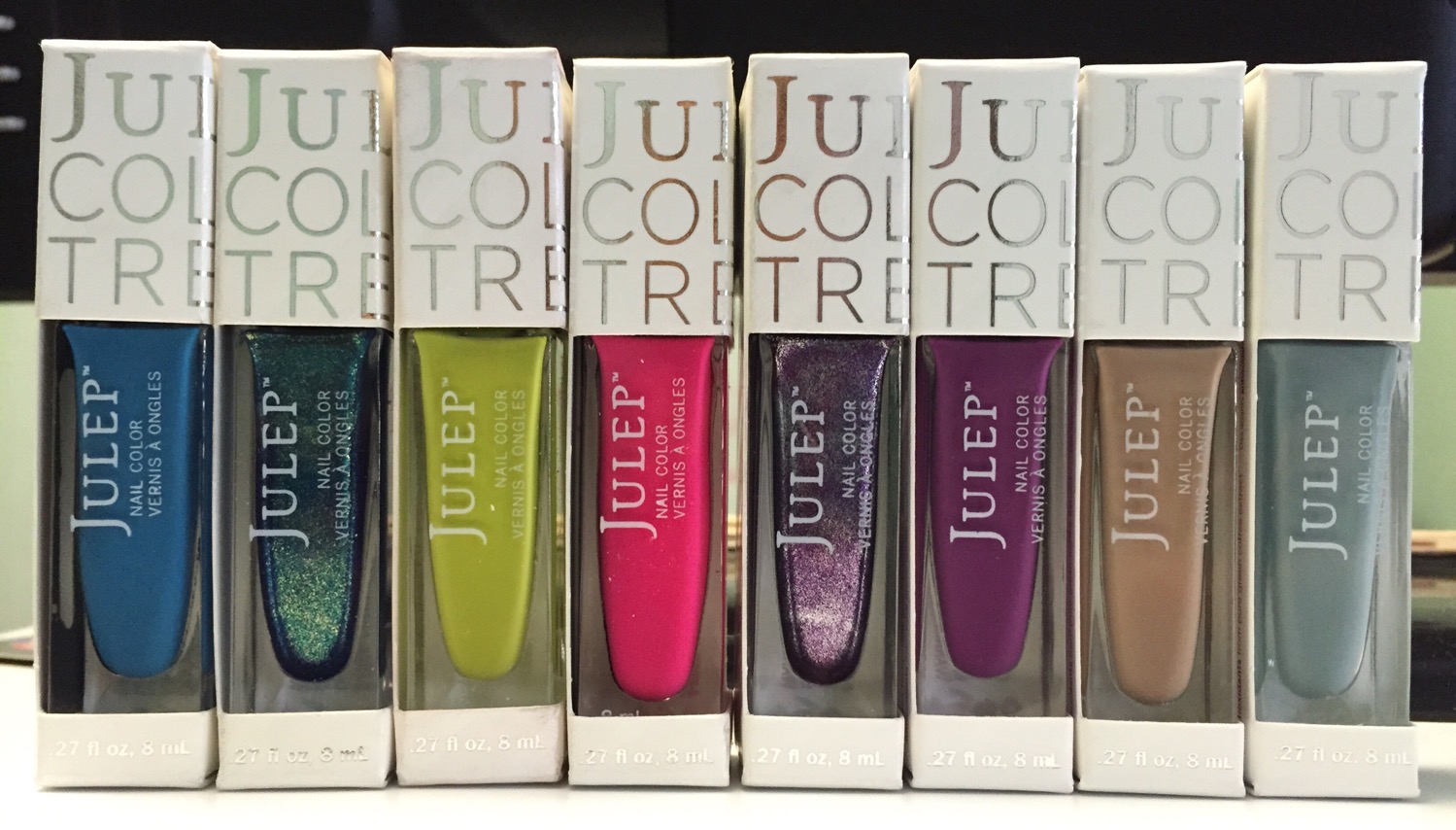 My September Maven box shipped at the same time as the grab bag, and I bought some other end-of-season sale stuff with the grab bag, so might as well list it out while I’m at it. The last 3 are from my Maven box, including the free Maven shade. I got cuticle cream as my third item, in case you’re wondering why I only got 2 other polishes. I don’t think I’m going to keep going with monthly boxes after this – I’ve done them for a while and have enough polish to feel guilty about it, and this was the last of my pre-paid ones. I do like the program as I have it though – $60 for 3 boxes pre-paid at a time, 3 products (I do swap outs for top coat and such when I need them, which is a nice savings), with unlimited skips. I think newer sign ups have a limited number of skips, but I’m grandfathered into the previous program where you couldn’t swap individual products so skips were more liberal. I’ve gotten a lot of really nice beauty stuff that I love now but would never have bought for myself though, so I might still think about it as each month’s email rolls in. They’re doing a nice job branching out past nail polish, and frankly it’s a relief not to have to read horrible (and frequently straight up distasteful) puns for names.