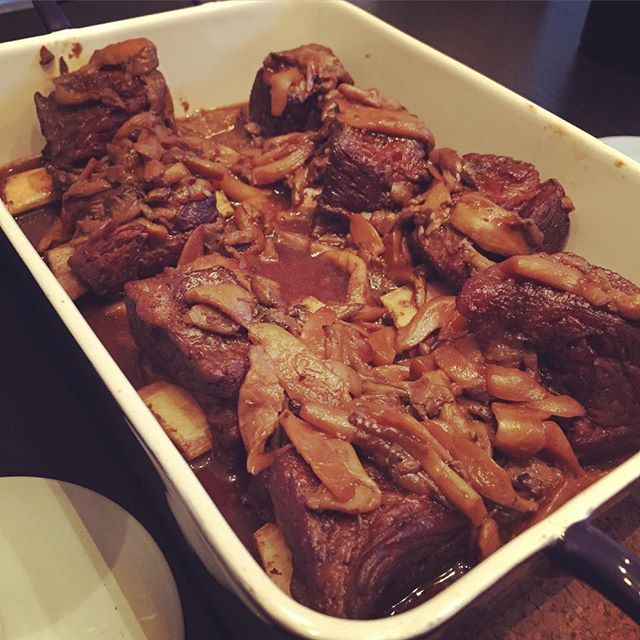 This meat from Herondale Farm is really incredible stuff. Worth it. I also had a package of oyster mushrooms, so I thought I’d add them in as well. I make most Chinese food by feel/taste and not recipe, but here’s approximately what this was. It should serve 4 people, though I could see two very hungry people eating the whole thing.