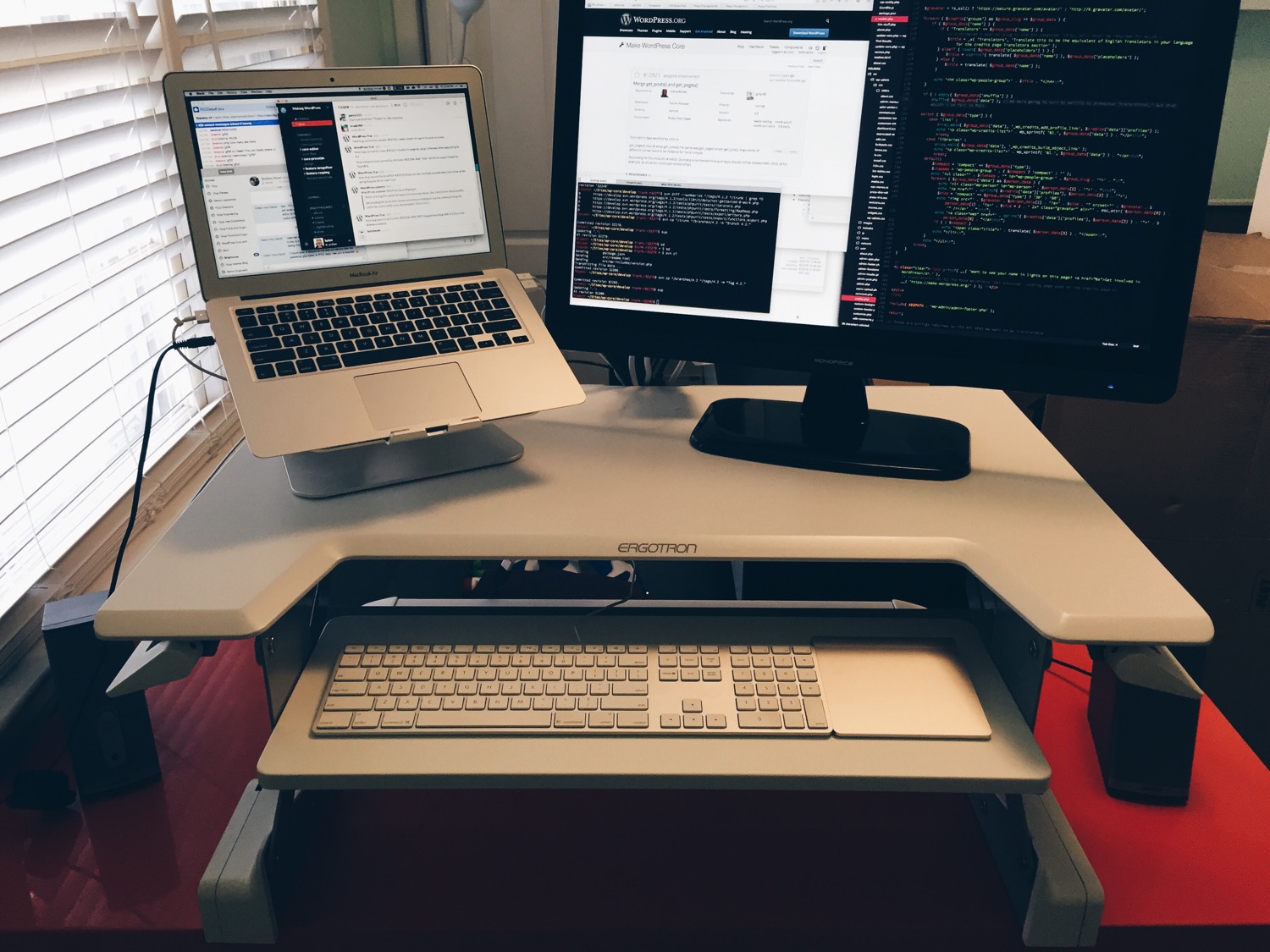 I got a Varidesk earlier this week on the recommendation of our CEO, but kept going back to look at the Workfit-T, listed as a preorder. Every place I looked said it was still a few weeks out, except for one that said in stock. So I ordered it, assuming that their inventory was a mistake and that I’d soon find out. As expected, they called me, but the rep was confused as the system showed that my order had been picked but was also on backorder. A couple hours later, though, a shipment notification arrived. And now it’s actually here! This is probably how people who preordered an Apple Watch and had it ship faster than expected are feeling today as they receive them.

I really liked the Varidesk, but had a few things I wasn’t in love with – the unnecessarily giant (for me) keyboard tray that is actually quite narrow in the back, the overwhelming feel of something so large and black on a colorful desk in an otherwise light and colorful room, and the fact that it swings forward as it comes up. I’m glad that I had a few days with it though, so I could really make a decision between the two.  The Workfit-T is still quite large, but with the white option, the aesthetics are more in line with the rest of my office. That sounds like a small and shallow qualification, but I have a hard time focusing at home when my surroundings feel cluttered or cramped. It also doesn’t swing forward, and the keyboard tray is much more reasonably sized. I ended up paying a little more for it than I might have from other sources, but considering that I got it today and not a month from now, I’ll take it.